Highland Battle of the DJ’s 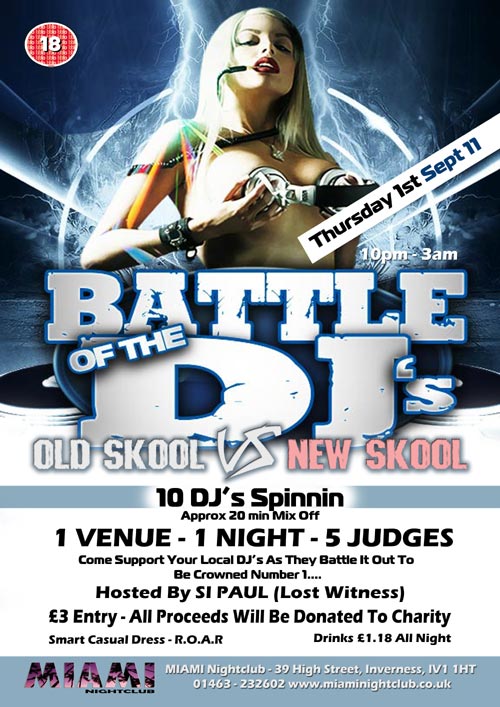 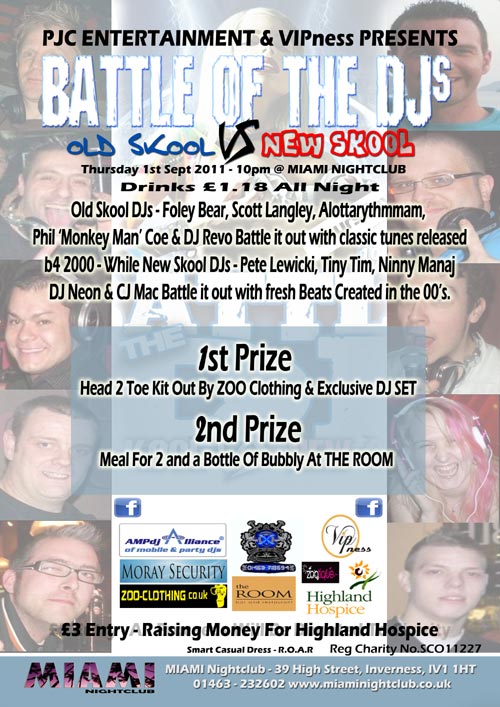 On 1st September 2011, there will be an old skool vs. new DJ battle, to be held in an Inverness nightclub.

The battle will feature 5 old skool and 5 new DJ’s and will be hosted by Si Paul, the Ibiza DJ of Lost Witness.

There will be 5 Judges for the battle in the Inverness nightclub Miami, with all money from the door going to a couple of local charities.

Each DJ will do a 20 minute set each. The winner of each category then doing another 20 minute set and followed by both of them battling for 20 mins. This is the first DJ battle for Inverness and hopefully will be the first off many.

The winner will be announced just before the club shuts at 0300. All DJ’s from all over the highlands of Scotland will also be invited to support the DJ’s in the battle.

This event is supported, but not organised, by AMPdj. Good luck to all involved!!

Easily digestible nuggets of information to help you build & grow your disco business.

Benefits of AMPdj membership include: